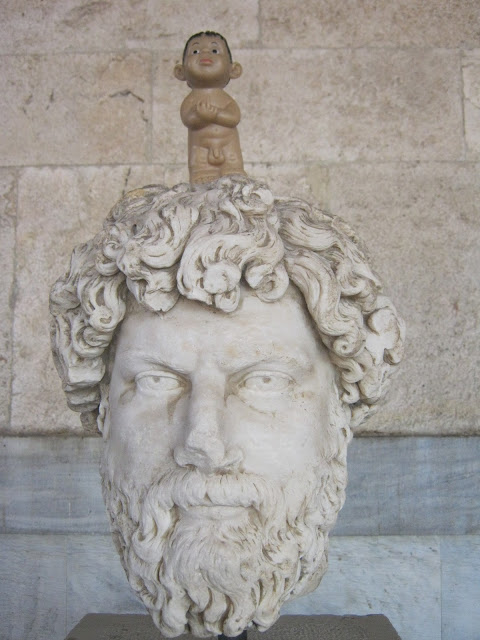 The Agora was the heart of the Ancient Greek cities. It was the political, commercial, spiritual, athletic and artistic center of the community. "Agora" literally means assembly place or meeting place. Agoraphobia, fear of crowds, actually comes from this term. The Agora of Athens was easily the largest and best known Agora of all of the Greek city states. Although the region had been continually inhabited since prehistoric times, the agora itself was officially founded in the 6th century B.C. but underwent many transformations throughout the early life of Athens. It originally had a temple to the 12 Olympian Gods, as well as temples for Zeus, Apollo and Hephaestus. In the 2nd century B.C. a second temple to Zeus and Ares were added and with the advent of Christianity, churches were built in the Agora, even a Synagogue was constructed in the 3rd century A.D. The temple of Hephaestus is one of the best preserved ancient temples in all of Greece.

There were areas in the Agora for the craftsmen who worked in marble, metals, ceramics and other commercial commodities as well as shops that sold a variety of local and imported products. The seat of government was also here, this was where elections took place as well as all the decisions that governed the citizens of Athens, its colonies and its subject states. Here the citizens annually voted who should be ostracized from Athens because their pressence was deemed dangerous to the state. A man who was ostrasized could not return for ten years.

The roads of the Agora saw much history pass across them. The Panathenaic Way began at the Kerameikos cemetery, crossed the agora and lead to the Acropolis. The Athletic races were held on this road, as was the Panatheniac festival that gave the road its name. This was the most important festival in Athens. It was a religious, athletic and cultural festival. There was a procession with a statue of Athena (the protector of Athens), a torch race from the Acropolis to Piraeus, beauty contests, mock battles, javelin throw from horseback, chariot races, poetry and music competitions. The Sacred way lead from the base of the Acropolis through the agora out to Eleusis (now called Elefsina), a small town on the coast. Each year the followers of the sacred Eleusinian Mysteries had a procession from the Kerameikos in Athens out to the Sanctuary of Demeter in Eleusis. This was the most famous of the ancient religious mysteries.

When you walk the roads of the Agora you are following in the footsteps of Socrates, Plato, Aristotle, Solon, Thesius, Peisistratus, Pericles, Miltiades, Themistocles, Herodotus, Aeschylus, Aristophanes, Eurpides, Sophocles, Hippocrates, Plutarch, Herodotus, Thucydides, Xenophon, Thasybulus, Aristides, Apostle Paul, Hadrian and countless other major historical characters. This is where Socrates drank that fateful cup of poison hemlock. The museum of the Agora is housed in the beautifully reconstructed Stoa. Stoas were public buildings that were covered walkways supported by columns. The museum features a fine collection of items from various time periods that were found in the Agora's archeological site.

Athens is one of the ten oldest cities in the world but what makes it truly unique and special to me is that it was the Great Human Experiment. It was the place where we humans tried to find the best ways to organize and live together. Athens had kings, tyrants, military leaders, elected leaders, a senate. Many forms and Philosophies of government were discussed and tried here. Athens brought the concept of Democracy to the world. All these discussions, decisions and debates happened here in the ancient Agora. So when visiting Athens don't forget to visit the Agora and walk in the footsteps of the history of not just a great ancient city but of the history of man. It is a wonderful place to take a stroll through the ruins but i would strongly suggest you not accept any hemlock juice. 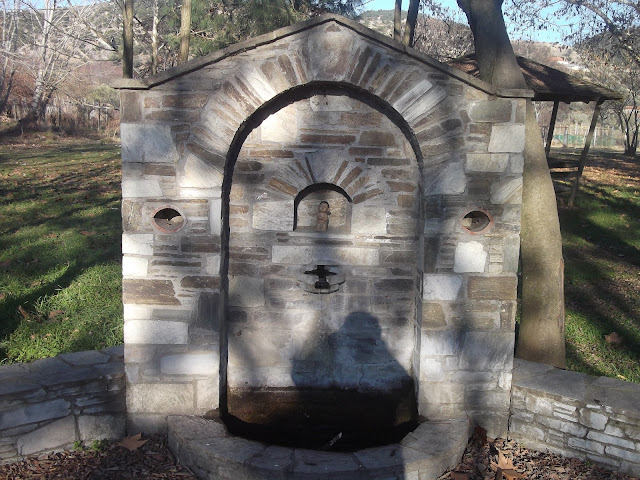 Greece is blessed with many natural springs and most all cities and towns you will find a village square with a public water spring as well as a shade tree. These squares are great places to sit down and watch the locals go about their day-to-day activities. You can often find these springs along roadsides as well. This is truly a land of abundance, everywhere you can see trees hanging heavy with fruit, goats, cows and sheep sprinkled across mountainsides. It seems it would be difficult to starve or die of thirst in this blessed nation. It's a wonderful treat to pull over the car on a hot day and drink fresh cold clean water from these springs.

Since i am so short, i often take a quick cold shower if no one is watching. Many of these springs have beautiful stone fountains with a variety of spouts and taps from which the water freely runs. Some of these fountains have been around for many centuries, in fact most springs have been in continuous use since prehistoric times. Villages were built around productive springs that continually gave good clean water. If a spring ran dry the village would be forced to relocate. Although a few famous waters are now reduced to merely being the source for commercial bottling plants, the majority of springs are still available for the enjoyment of Greeks and tourists alike.

Early Greeks believed many of the springs to be inhabited by nymphs, naiads, muses and other mythological creatures. Some springs were considered sacred or had healing qualities and people made pilgrimages from great distances to visit these sites. Greeks and visitors alike can "take the waters" at the same springs used by philosophers, warriors, conquerors and kings, as well as all those seeking health at these altars of Asclepius or Hygeia. Most important shrines and temples were located near these sacred waters.

Servia...one of the hidden gems of Greece! 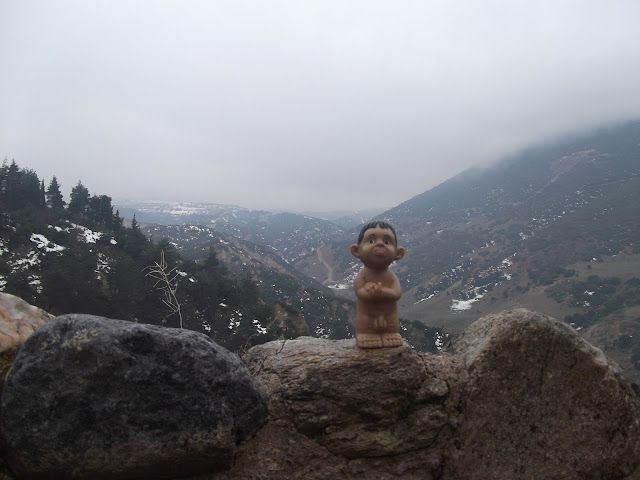 Here i am at the mountain top fortress above Servia. Behind me is a pass through the mountains towards the Plains of Thessaly. This is one of my favorite places in all of Greece to go hiking. It is strange that it is not better known as it is very beautiful and historically very important. Both Alexander the Great and the apostle Paul came through this pass as did many armies through out the centuries.

The Name Servia comes from the Romans when they occupied this area from the first century A.D. The Greek name for the town was Phylacae. Both names have the same meaning "to watch over", with  good reason as this is the mountain pass that separated Macedonia and Thessaly. The area was first settled  over 7000 years ago, with archaeological finds showing trade links with Thrace, Macedonia and even distant Milos island. Unfortunately the prehistoric archeological site was lost under water with the creation of Lake Polyphytos.

The town sits between the lake and the mountains. Above the town you can see the pass with the ancient road that leads to Thessaly. There is a wonderfully well maintained stone trail up to the mountain top fortress with beautiful views of the mountain range, as well as the lake and the Macedonian plains. I strongly suggest anyone with moderate health to not miss the opportunity to take this incredible trek, it is well worth your time and energy. The walk up is not very steep so it's an easy hike, although it can be a bit cold and damp, so i suggest you come better dressed than i am.

The fortress up above has been occupied by early Greeks from both Macedonia and Thessaly, Romans, Goths, as well as other northern tribes, Byzantines, Ottomans and even German - Italian forces in World War II. Like so many communities in Greece, the Nazi's burned down the town of Servia in retaliation against actions by Greek resistance forces. Perhaps the modern German citizens could consider how much long term damage their country inflicted upon Greece a short 70 years ago, before being so critical of the current economic crisis.

My name is Ed and I am the world's only naked travel writer! I was born in Thessaloniki, Greece and I have been viewing the world from a pocket for 15 years now! Currently I am traveling and writing about my home country. Welcome to my Blog!